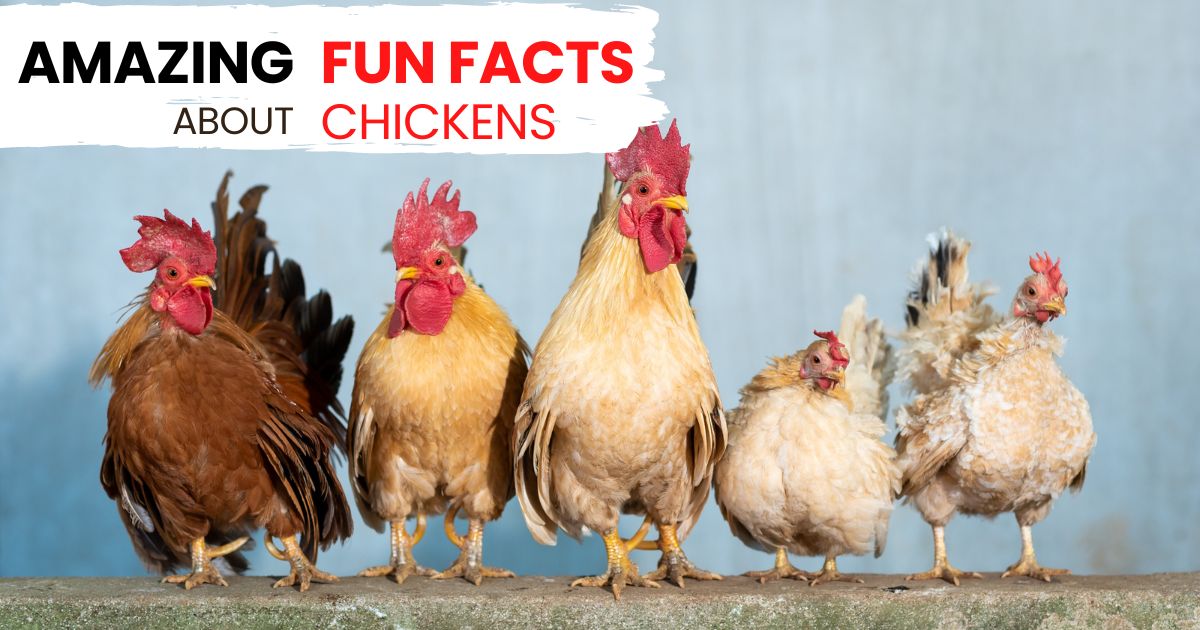 Raising chickens can be a rewarding experience. Not only will you receive an abundance of eggs, but you’ll get emotionally attached to these curious, cute little creatures. Chickens are intelligent and very complex, and you can learn many things when raising them. From common egg misconceptions to surprising behavioral and genetic attributes, here are some amazing fun facts about these friendly backyard buddies.

Cool Facts About Chickens and Eggs

One of the major benefits of raising backyard chickens is the eggs. We all know that eggs come from hens, but did you know a single hen can produce up to 300 eggs a year? Most hens lay an egg every day, which means you could have a fresh egg almost every day for a year with a single hen.

Eggs are laid at around 105 degrees Fahrenheit and develop at 88 degrees Fahrenheit. But a lot of people don’t know that you don’t need a rooster for a hen to lay eggs. The rooster only fertilizes eggs. Fertilized eggs can be eaten, but if you have a rooster around, be sure to collect them every day so that they don’t start developing unless you want to raise chicks. A hen will lay the same number of eggs regardless of a rooster’s presence.

Another thing you may not have known about chicken eggs is that the color of the egg depends on the color of the chicken’s earlobes. Yes, chickens have earlobes! If you look closely at your backyard chickens, you’ll be able to see the color of their earlobes. Chickens with red earlobes usually lay brown eggs, while chickens with white earlobes typically lay white eggs. There are some exceptions to this rule, of course. Some chickens with red earlobes will lay green or bluish eggs. The color of the egg also varies depending on the breed of the chicken. There is no need for dyeing Easter eggs when you have chicken breeds like Easter Egger, Barred Rock, Ameraucana, Rhode Island Red, Welsummer, and Maran. Wonder what colors they lay?

Chickens and Their Eating Habits

Chickens have some surprising interests when it comes to what they eat. Many people believe that chickens are herbivores when in fact, they’re omnivores. Chickens love to catch and eat bugs, toads, mice, and lizards, along with their diets of greens and grains.

When they’re not catching bugs, chickens like to eat food and garden scraps. Many chicken owners love tossing old veggies from the garden to the chickens, but did you know there are a few things that are poisonous for them to eat? Chickens can’t have onions, citrus, raw or dried beans, green potato peels, avocados, or many different fruit pits.

It’s also good to note that many plants in your garden are from the deadly nightshade family, and while the chickens can eat the vegetables themselves, the leaves and stems can be very dangerous for them. Some of these include tomatoes, eggplants, potatoes, and peppers.

Speaking of peppers, did you know that chickens lack the ability to taste “heat” or “spice” in foods? Chickens can munch on jalapenos, cayenne peppers, diablo jalapenos, and any other pepper you give them.

Another fun fact is that you can feed your backyard chickens red pepper flakes to increase egg production and improve the color of the egg yolks, and it doesn’t bother them.

Chickens are very intelligent creatures. They are flock animals; they form strong bonds with the other birds in their flock and are emotionally intelligent. Chickens have a great memory. They can remember up to 100 different faces, including animals, so they can recognize you as well as your dog, cat, or any other pet they regularly see. These are the most common ways chickens show affection to humans.

Chickens usually wake up with the sunrise. They’re very light-sensitive creatures, so even if they can’t see the sun, they’ll usually know when it’s up. They also wake up according to their internal clocks, which is why roosters crow at dawn or sometimes earlier.

It’s good to note if you plan on keeping backyard chickens, you should be prepared to get up early every day to let them out. But if you like to sleep a little longer, you can buy an automatic chicken coop door. Run-Chicken door Model T50 has a light sensor built in and is battery-powered. The door automatically opens at sunrise and closes at sunset, so you don’t have to be up before the rooster crows.

Even though you don’t need a rooster for your hens to lay eggs, they are very good to have around. A rooster’s job is to protect its flock from predators. They’ll also alert the flock to other dangers, and they’ll even make sounds when food or bugs are present. Did you know that chickens can dream? Studies have shown that chickens experience REM sleep (rapid eye movement sleep), which gives them the ability to dream, just like your cat or dog does. Scientists don’t quite know what they dream about, but we can imagine it includes chasing a juicy, fat bug.

An even more amazing fact about the sleeping patterns of chickens is that chickens can sleep with only half of their brain at a time. The right side of their brain can be asleep, while the left can be awake. This lets them literally sleep with one eye open! This is an awesome and rare trait called USWS (unihemispheric slow-wave sleep) and is an evolutionary adaptation that lets them keep watch while sleeping for safety from predators.

Cool Facts About Genetics of Chickens

Did you know that chickens are the closest living relative to dinosaurs? Genetic studies have shown that chickens are closely related to the T. Rex, along with a few other flightless birds. If you own backyard chickens, you can attest to the fact that they can sound a lot like tiny dinosaurs, especially if you cross a brooding hen.

Chickens have been domesticated since at least 2000 B.C. People quickly learned their value, and anyone who raises backyard chickens can attest to this.

There are more chickens on the planet than people, with around 25 billion of them. That means that every person could have around three chickens if they were distributed out. Industrial chicken farming bred qualities to enhance meat and egg production in chickens, leading to so many chickens. 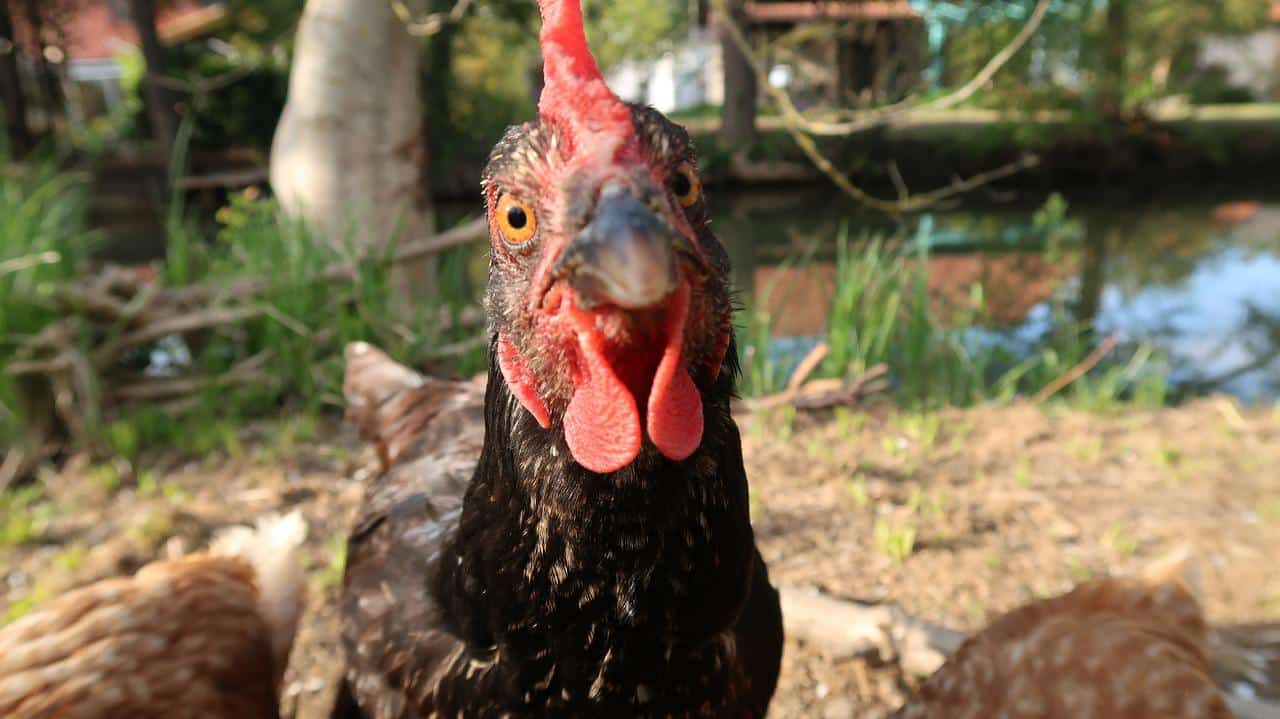 Even though there are so many chickens, there are many breeds of chickens that are on the verge of becoming extinct. A few breeds on the critically endangered list include the Holland, the Redcap, and the Crevecoeur. Consider raising endangered breeds that can thrive in your area when possible to help increase their numbers. Another breed, the Dominique, which is known to be the first American chicken breed, is declining in numbers. They had once been thought to be extinct but they made a comeback, so consider them when choosing backyard chickens as well.

Is It Hard to Raise Chickens in Your Backyard?

There is a common misconception that it takes a lot of hard work to raise chickens. Many think you have to get up at dawn and work on the farm until dusk, but that isn’t the reality these days. With new tools and technology, you really only need a few minutes to an hour a day to tend to your backyard flock. To raise chickens in your backyard, you’ll need a safe and sturdy place for them to live, they’ll need access to food, water, and the outdoors, and you’ll need to be sure to collect your eggs every day.

There are many tools and gadgets that can make raising chickens easier for you. You can purchase an automatic coop door that opens via a light sensor at sunrise and closes at sunset. This smart device will make it easy to ensure your chickens are let out in the morning and closed safely inside at night, even when you’re not at home.

You can also purchase ready-built coops with attached runs for small or large spaces. There are even automatic feeders and waterers that you’ll only need to fill up once a week or so. You can even get a special nesting box to keep hens happy and healthy while they lay their eggs and protect eggs from falling to the floor. So, no matter how much time or space you have, anyone can raise chickens in their backyard and enjoy the many benefits.

If you’re considering raising backyard chickens (or you already have them), you’ll learn that these little creatures are much more than just fluffy little egg producers. They have unique qualities and personalities and can become some of your best backyard buddies. Different breeds have different qualities, just as different breeds lay different-colored eggs, but they all have one thing in common: they are amazing, unique little creatures that you’ll come to love and appreciate.

Protect your feathered friends and modernize your coop with high technology at maximum security by Run-Chicken. 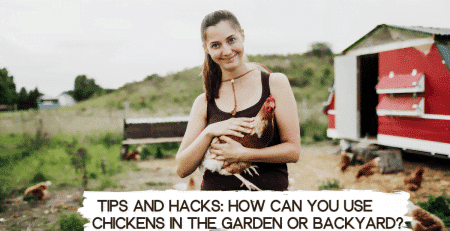 Tips and Hacks: How can you use chickens in the garden or backyard?

,Chickens are the most valuable animals we can have in our lives and in our gardens or backyard. However, there... read more 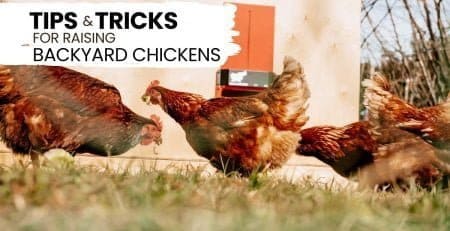 People are becoming more aware of the benefits of raising backyard chickens. In many places, you can start your own... read more 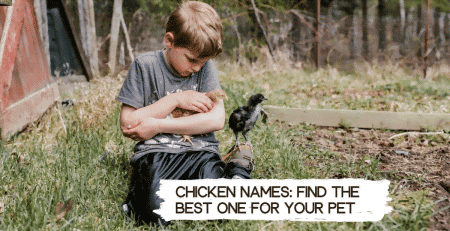 Chicken names: Find the best one for your pet

Every chicken is special and has a unique character. Whether you have a chicken, a pair of chickens, or a... read more 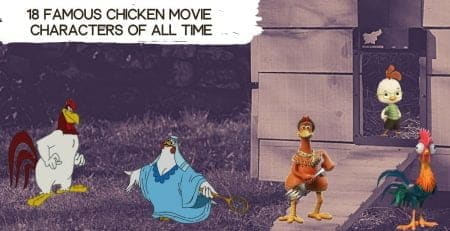 Chickens seem to be more and more crowd-pleasing animals. Not only they are very popular as pets but they also... read more 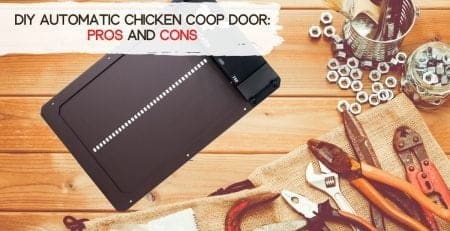 An automatic chicken door is a product that can make daily life easier for chicken owners while also protecting their... read more