Silkie chickens: Everything you should know about this fluffy chicken breed

Home » Silkie chickens: Everything you should know about this fluffy chicken breed 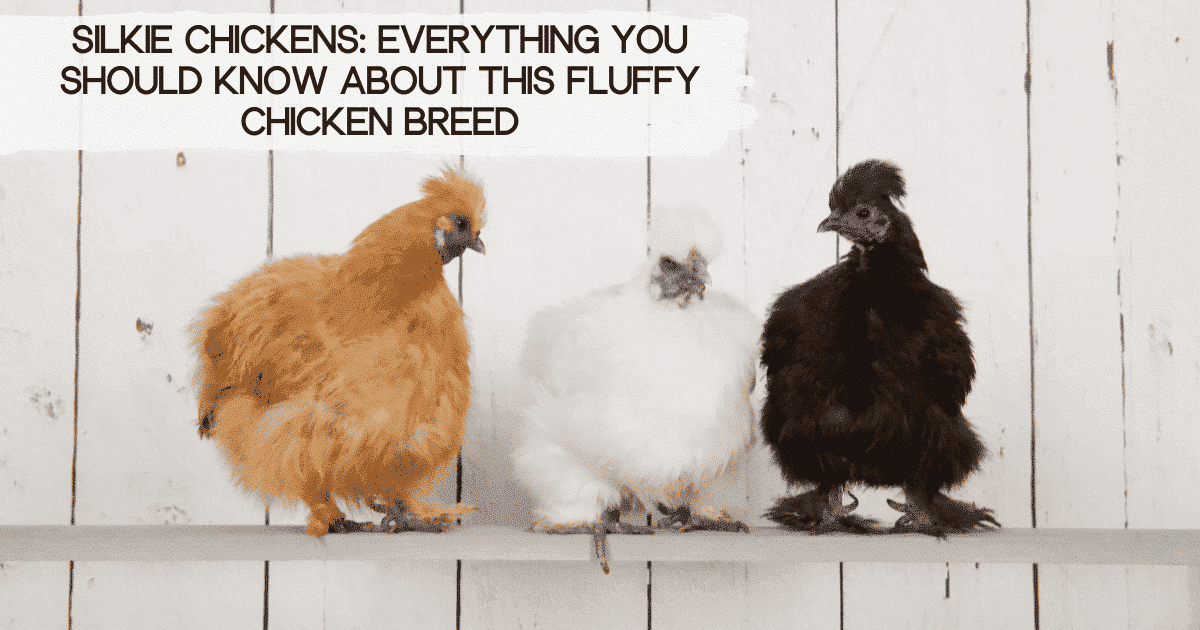 A loving, chatty, charming, and fluffy silkie chickens are perfect pets for your kids. Silkies are great companions and a wonderful addition to any flock. It is no surprise they are listed on the Top 15 most beautiful chicken breeds of all time. Before you join a club of silkie keepers there are some essential things you should know about this breed. Read more to find out why so many love to share their home with these charmful birds.

Silkie chickens are commonly found in white, but they can come in a wide range of other beautiful colors too.

While silkie hens and roosters weigh about 1.5 to two pounds, they can grow to be as large as three pounds.

Their colors depend on the genetic makeup of the breed. There are six color varieties of silkies: brown, buff, white, black, blue, and silver. Each breed has its color, but they all feature bright turquoise earlobes. Some are predominantly black, while others have a mixture of white and black. Black Silkies are generally rare. The black color is due to a recessive gene. The spots on the Silkie’s face and skin may be variable in size and color. Interestingly, silkies with melanism are slow-growing. The white color may be due to genetics in the parent stock.

Silkies have distinctive features, including muffled feathers around the ears, beards underneath the chin, and fluffy crests. However, not all Silkies are born with beards. Hence, you’ll have to look for a breeder who will produce bearded varieties.

Silkies have a distinctive crest that shows their sex at an early age. Photographs of young silkies will help you determine which is which. A pullet’s crest will look like a cotton ball, while a male’s crest will be swept back. Silkies with vaulted skulls will have rounded, broader crests.

What are other distinctive signs of silkies?

Another distinctive feature of a Silkie is its turquoise earlobes. This unusual trait is not found in many other breeds of chicken. The earlobe pigmentation interacting with the black skin may make this trait appear in silkies.

Silkies Five Toes are an important part of the show standards of a silkie. The feathers on their toes must be arranged from the lateral toe out. Their toes must also be straight and their nails must be short. If you are interested in showing your silkie, here are some tips:

When it comes to egg-laying, a Silkie will generally lay between 100 and 150 eggs per year. For instance, breeds that lay most eggs a year, like Rhode Island Red and Kosher King chicken, approximately lay 250-300 eggs a year. The eggs, though smaller than their counterparts, are just as nutritious.  Silkies lay eggs consistently for about two years. However, their egg production will begin to decrease as the bird ages. It will not suddenly stop laying one day but will slow down gradually until it reaches its peak at eight years old. However, it is essential to note that some silkies stop laying altogether. A silkie may continue to lay eggs, but you can tell when this happens because it will chatter when moved away from the eggs.

Silkies can be your best friend

Silkie chickens are friendly and easy to handle, which makes them an excellent choice for a pet. They’re also great therapy birds.  They’re gentle and social by nature and love human interaction. They’ll follow you wherever you go in the garden and be loyal to you. Besides, they are good learners. You can even teach silkie chickens to jump into your lap!

How do silkies and other animals get along?

Dogs and silkies do not get along well, because dogs can be intimidating for silkies, so be sure to introduce your dog slowly. Canines have a natural desire to chase and hunt, and they may try to provoke play by chasing them. This may make your silkie feel threatened and run after it when you are away. But if you want your pet to get along with another animal, it is crucial to train your dog well with silkies before letting them hang out together.

While silkies and other chickens can get along, you should avoid introducing them to aggressive chickens. The clucking of aggressive birds can hurt or even kill a Silkie with minimal effort. When your new flock members get around your silkies, make sure that you do not touch it could get injured.

Although silkies and cats aren’t ideal companions, they can coexist happily together with some modifications. With a little patience and training, cats and silkies can live peacefully in the same household. Cats are natural hunters. They will chase anything that cowers or tries to escape, and they do it just for fun. However, this behavior can be easily changed by introducing your cats to silkies early in their lives.

The first step to introducing your other pets and silkies should be a face-to-face introduction. A face-to-face introduction is ideal, although your dog, cat, other chickens, and animals may become overly interested in it. Make sure that you keep a spray bottle close at all times to prevent accidental injury. Once you’ve successfully introduced your cats to each other, you should leave the door unlocked for a few days until the animals are familiar with each other.

Silkies chicken is a good pet for beginners

Silkie chickens typically live between seven and nine years, but in some cases, they can live longer with better care. When caring for your Silkie chicken, you should understand that they are delicate. Their delicate plumage also makes them susceptible to lice. Taking occasional baths with a diluted dog shampoo is helpful. Be sure to dry their plumage afterward.

Most common diseases of silkie chickens

As the silkies’ hair-like feathers don’t repel water, they can develop a variety of illnesses. Among these are bumblefoot, foot deformity, and tangled toenails. The sooner you detect these diseases, the better. Fortunately, you can treat these issues early. Below is a list of chicken diseases common to silkies.

Vaulted skull: You may not know that silkies are born with vaulted domes. Some silkie breeders prefer vaulted skulls because they think it makes the crest look larger. Traditionally, silkies differentiate by a bulge on the top of their heads. But nowadays, breeders have chosen to breed for fluffy crests instead.

Crookneck: Another common disease is called crookneck. The symptoms of crookneck include a gradual bending down of the head. It may also flip, scuttle backward, or exhibit other abnormalities. This disease affects chicks and grown birds. It can lead to severe damage to the bird’s skull, so treating the symptoms is essential. However, even if the symptoms are not noticeable, you should not wait until your flock has died of the disease.

Marek’s Disease: The symptoms of this disease depend on the type of tissue affected. They may show signs of depression for a few days before death and may even become ataxic. They will also struggle to reach water and food. Fortunately, transient paralysis syndrome is rare in birds that have been fully immunized. In most cases, the chickens will recover, but their loss of mobility is permanent. And the virus will continue to be shed from their bodies.

How to care for your silkie chicken

As with all other chickens, you must provide your Silkies with proper housing. The coop should have adequate space to run around and move around in. Silkie chickens require clean, dry accommodation and ample space. They need at least 8 square feet of run space, and they have to feel safe. That’s why it’s crucial to have a solid fence and automatic coop doors that will make sure predators stay outside. Learn why Run-Chicken doors are USA’s favorite.

You should also provide adequate watering facilities for your silkie chickens. The food you give depends on how many silkies you have and the type of feed you choose. If you’re considering raising Silkies as pets, choose a feed formulated specifically for this breed. Silkies can be raised directly from hatchlings in an incubator or from day-olds. These birds can be raised on chick mash or crumble, which are specifically formulated for this breed. Silkies can also be fed layer feeds, which are typically around 16 percent protein and contain more vitamins and minerals. These are best suited for backyard and small-scale raising, where they’ll be happy eating a small amount of higher-quality feed. Do you want to prepare chicken feed on your own? Then this is the ultimate guide you need to read.

If you are a proud owner of Silkies or just making an important decision about being a proud owner of silkie for the next ten years we would like to hear from you. Feel free to share your photos,videos & thoughts in our Facebook group, Chicken&Egg lovers 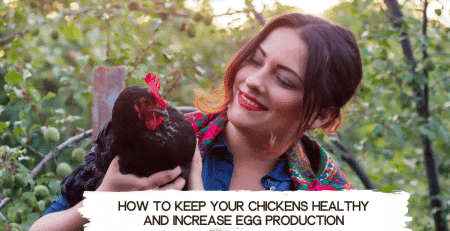 How to keep your chickens healthy and increase egg production

As a backyard chicken owner, you must have asked yourself: Why have some of my chickens stopped laying eggs? Unfortunately,... read more 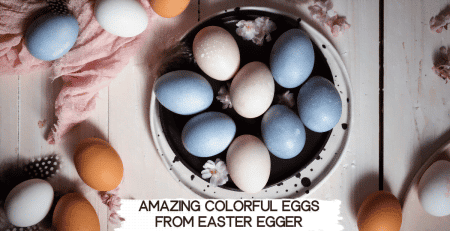 One of the most interesting facts about chickens is that they lay not only brown and white eggs but also... read more 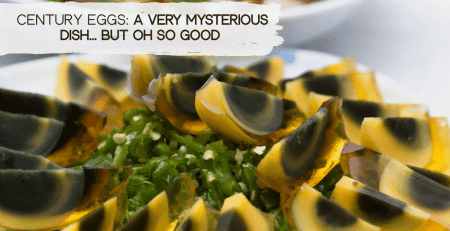 One of the most unusual dishes in the world is called century eggs. This dish comes from China and is... read more 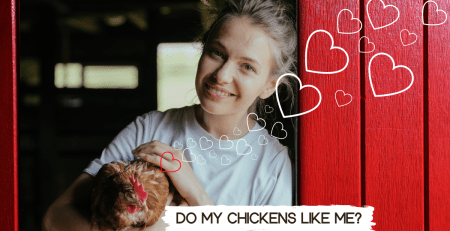 Do my chickens like me? The most common ways chickens show affection to humans

Have you ever wondered: do my chickens like me? Most people don’t get chickens for affection, however many owners will... read more 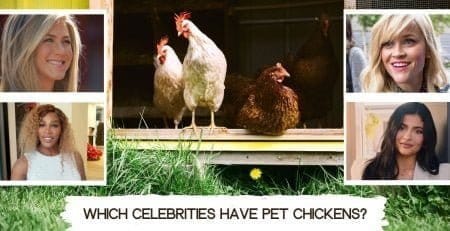